Blender is a category of small household appliances whose popularity has risen rapidly in recent years. Many people may not be able to tell the difference between a countertop blender and a blender. in short, a Large-scale countertop blender, equipped high-power motor,  generates high speed to drive the cutter to crush the ingredients. the healthy lifestyles of "superfood" and "smoothie" are very popular in Europe and the United States. they advocate the consumption of the fiber and juice of fruit and vegetable together for more nutrition. 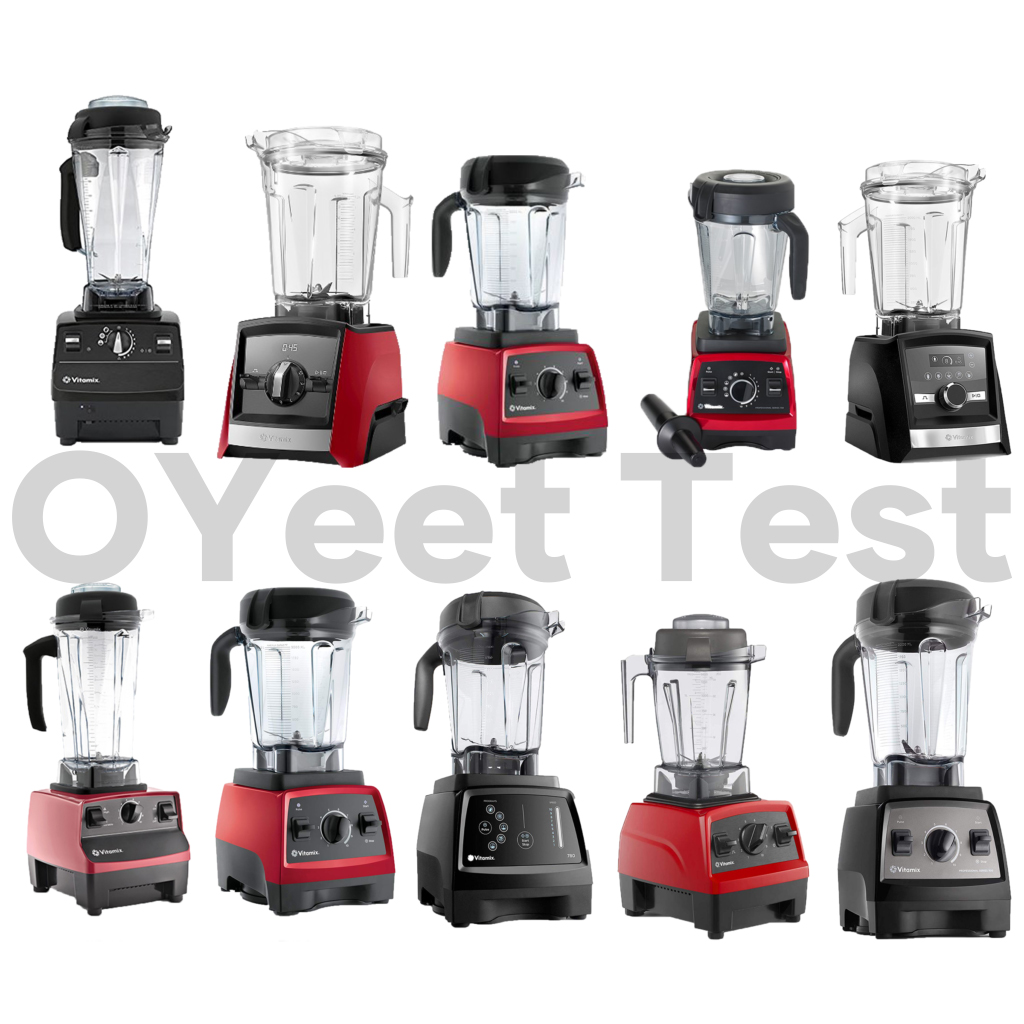 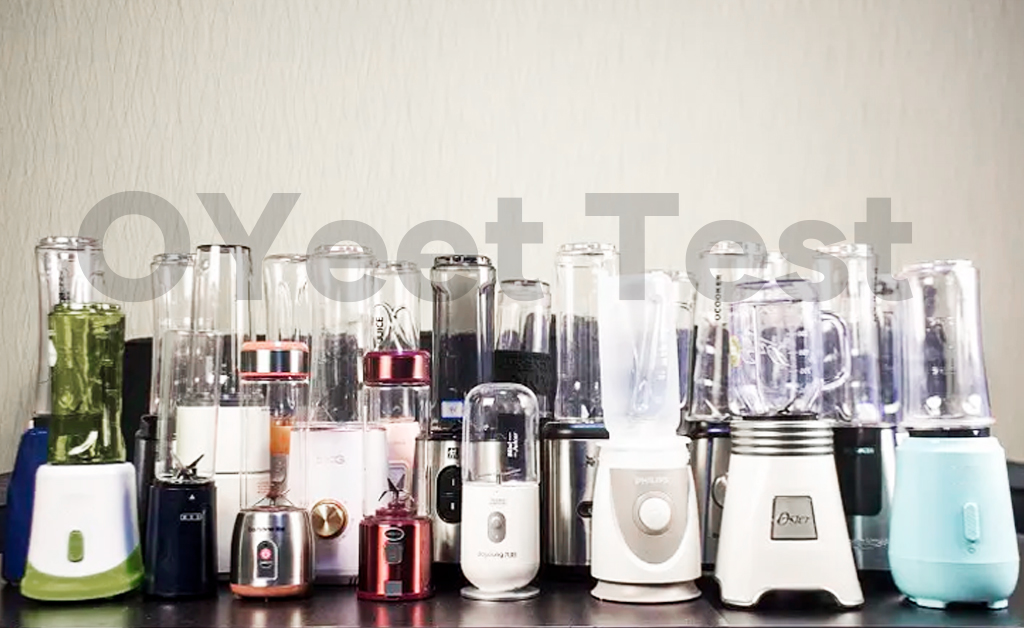 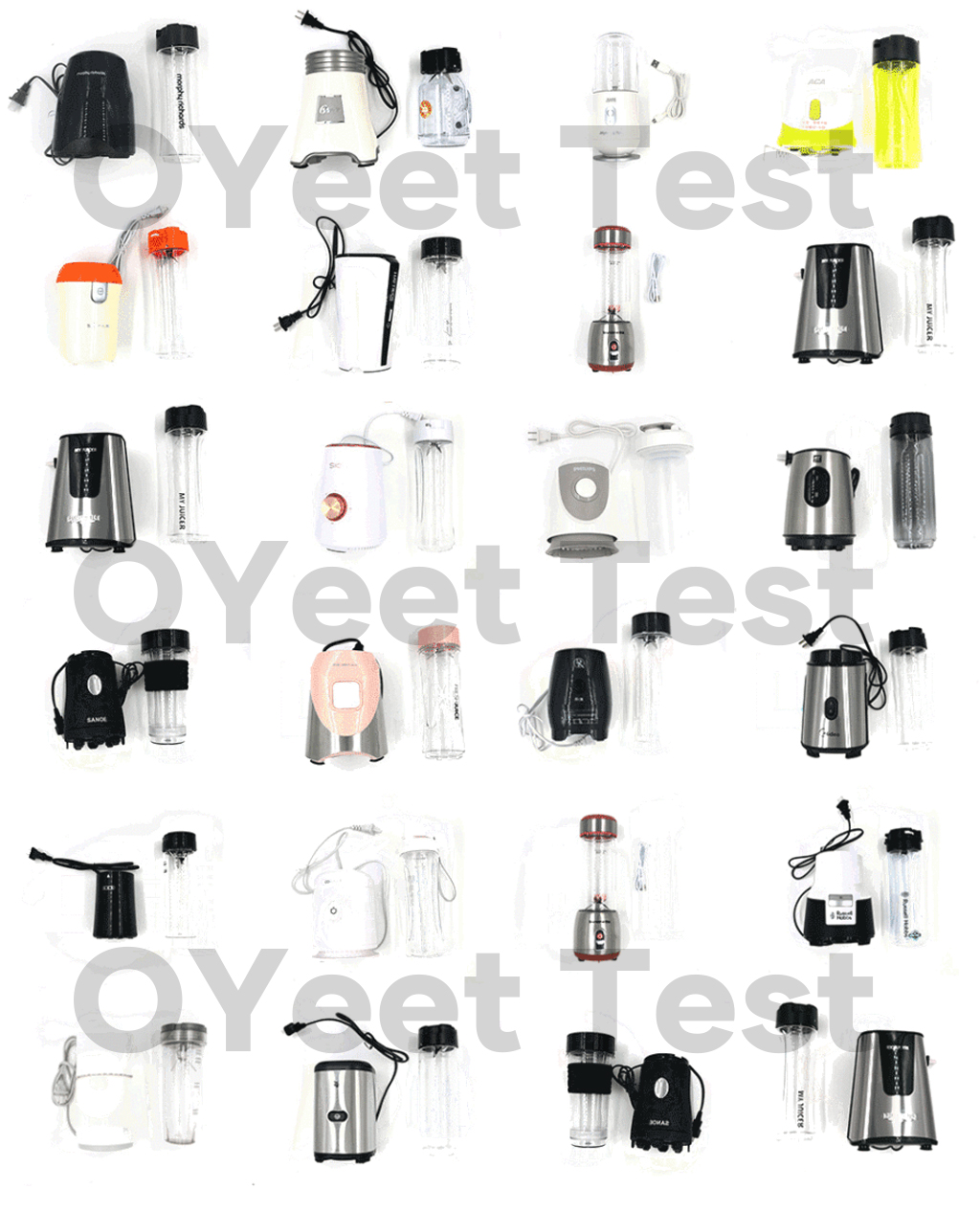 In March 2019, after investigating the markets of the United States, Australia, Germany, the United Kingdom, France, Italy, Spain, and other markets, we found that the younger generation is increasingly inclined to use lighter, compact size blenders (The main reason is convenience). Countertop blenders are bulky and rarely used after purchase .At the same time, there are many wireless usb blenders in the market, but because of bad mixing ability, short battery life, the poor user experience, and it can't produce the various healthy "superfood "so that many customers don't use it after a few days of purchase.after communicating with users, we truly understand the needs of customers: blender is a very good product, compact size,  making a glass of fruit and vegetable smoothie or superfood less than a minute, strong performance, easy to clean and use， abling to make a variety of healthy recipes and meet the use of multiple scenarios, such as kitchen, office, gym, homestay, hotel, travel,etc.

Our product development teams are experts in blenders and engineers at the Philips Innovation Center. We put forward a hypothesis. Is it possible that the performance of a large machine and the volume of a small machine are integrated into one machine to make a small size, high-performance personal health blender?

According to OYeet's values: excellent quality and design, we want to make a product that users really like and use anytime, anywhere. We work with professional nutritionists and fitness enthusiasts in the United States to make a variety of healthy recipes to help our users build a sustainable healthy lifestyle.

Our solution to solving the problem is actually very simple:

Insufficient heat dissipation performance will burn the motor. Therefore, one of the most important tests in the national standard and safety regulations of the cooking machine is the temperature rise test. Operate within the specified time, the temperature must not exceed 115 degrees Celsius, otherwise, the sales qualification will not be obtained.

Therefore, we infer that solving the heat dissipation problem is the core of this project.

we set a goal, the size of the portable machine (no more than a 1L bottle of Coca-Cola), the maximum performance of 1000 watts, which is really collapsed the engineers.

Traditional small-volume models mostly use the structure of lower inlet air and lower outlet air. This structure is simple, the technology is mature, and it is widely used. In principle, the wind is sucked in from below and blows upwards, passing through the motor and turn back. Large loss of kinetic energy, the wind speed slows down significantly. In this structure, we tried to increase the speed and make the fan run faster and tried to change the fan with a larger size. The heat dissipation performance still couldn't meet our needs. This road is nowhere. So how can we meet the design requirements ...

After dozens of experiments, we finally measured the optimal path. 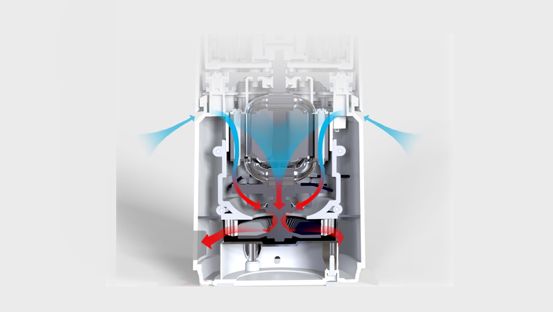 The path of this air duct is like this, directly from the motor position, 360 degree circular air intake, the centrifugal fan will push the wind passing through the motor from the rear.

In this way, the wind loss is minimized, and the ring-shaped air inlet surface directly rushes into the motor. The larger air volume brings us a satisfactory cooling effect. We have applied for several patents for this duct technology and named it "Power Dynamic" system.

Our motor supplier has been providing motor solutions for Ninja, Breville, Bosch and other household appliances in Europe and America. The prototype of our "gopower" motor is used on a countertop blender with a maximum power of more than 1000W. After several versions of heat and tool matching, this motor has passed the life test. It can be used 5,000 times for one minute of operation (if it works once a day, it can be used for more than ten years). 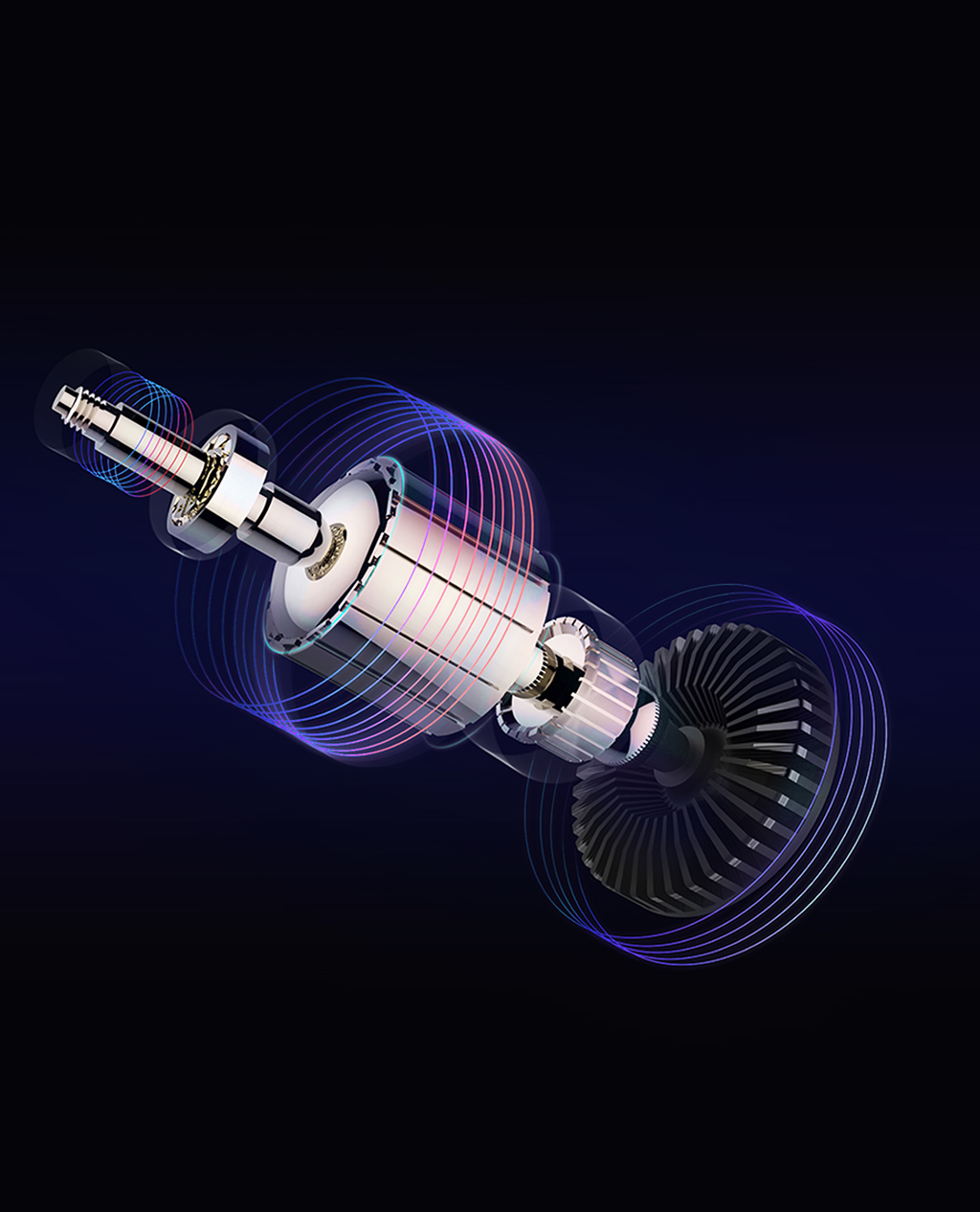 Putting such a powerful motor into a small fuselage, we immediately discovered that the universal transmission parts of the existing small fuselage could not be used, and the life test could not pass. The reason is that the torque is too large. Later, we specially made metal transmission parts and shock-absorbing plastics, and the size also increased to ensure that the surging kinetic energy is transmitted to the knife set.

Back to the knife set that comes into direct contact with food, we use a six-leaf thickened knife that only appears on mainframes on "OYeet GoPower". This set of blade sets adopts the design of the propeller, generates strong up and down vortices when rotating. The upper blade pushes the food in the center of the vortex toward the cup wall. The medium knife lengthened to 56mm cuts it down and pushes the vortex down to the knife and the bottom of the cup. Finally, the arc-shaped lower knife (the blade speed is up to 1800 meters per minute) The food was thoroughly crushed. This is why GoPower does not need to add water when Stirring fruit. 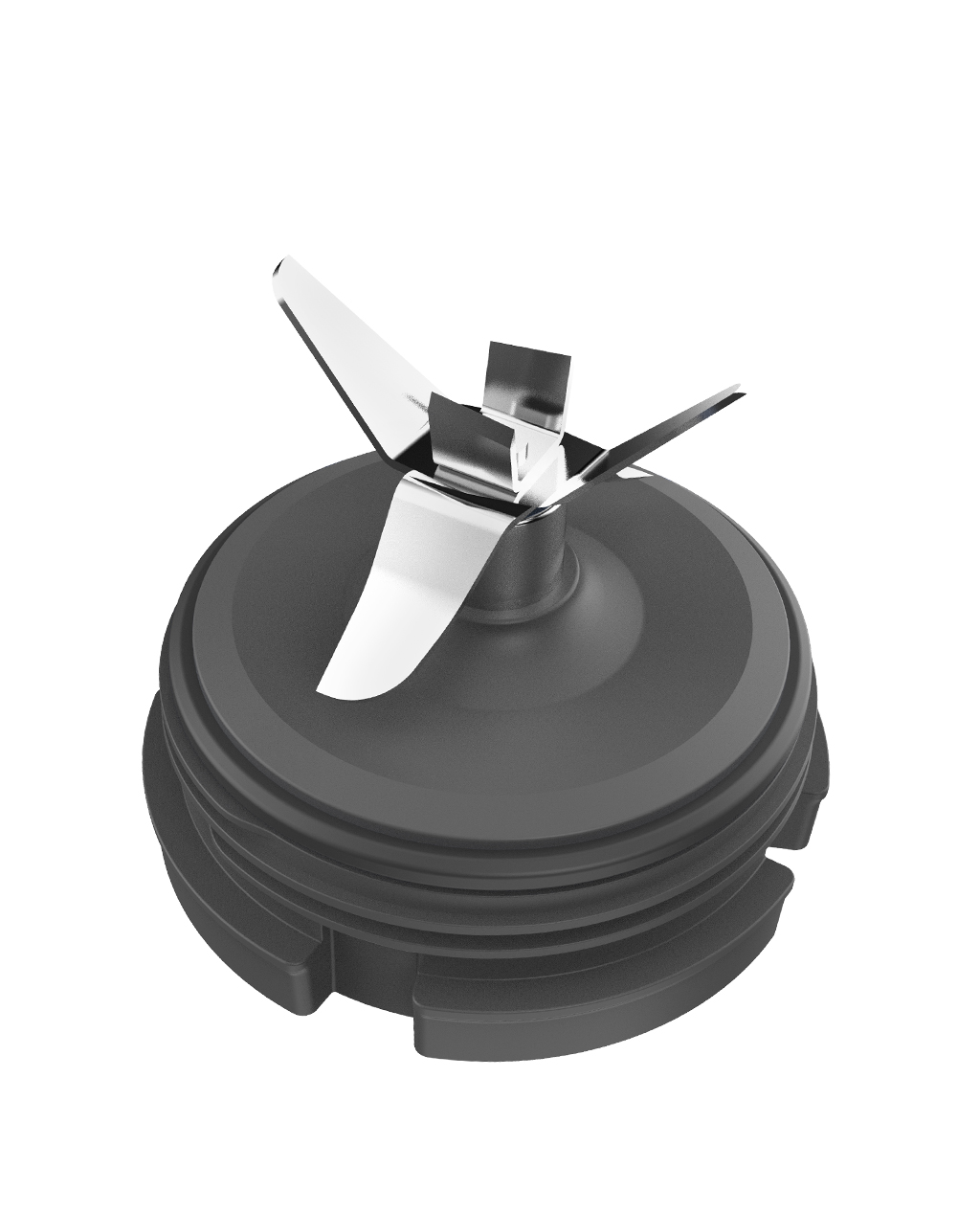 look at the blade holder, it is not a normal one. Generally, small machine blade holders use internal threads which is difficult to completely clean the silicone ring. However, we insist on making large machines small, The thread scheme also selects the common external thread of the wall breaking machine, and there is no chance to hide dirt.

As for the cup body, we thought about making a thicker cup body more than 3mm, and 2mm silicone protection in the beginning. Because of such a high-speed collision, a reinforced cup body is required to ensure lasting safety. This thickened cup body must be injection molded with a higher cost high-speed machine. When the cup first came out, we were very satisfied with the thick texture.

The only thing that is not designed according to the logic of the countertop blender is human-computer interaction, the shaking of small size blender with high horsepower is still very obvious. So we designed a jog switch on the top of the cup, which can also be operated with one hand. The downward force ensures the stability of the fuselage. In operation, the cup is a large button. Press to start, stop once you don't press. This operation fully guarantees safety. furthermore, we have invited many users to experience and test and received feedback from users is that Effortless, Push and Blend in seconds. Feel the power at your fingertips.OYeet's product development team, after more than a year of research and development, we believe that such a product represents the direction of the evolution of the blender, it could be the “performance benchmark” in this size.Just like a sports car, OYeet GoPower has a racing engine despite its compact size. It is a product with enthusiastic appearance and fierce performance.